Coffee is one of the habits that most people swear to break, especially around January the first. There are many reasons why people want to quit coffee, such as the crash it produces, the expense that comes with drinking this beverage, and the stains it leaves behind.

Coffee lovers can now be relieved, as it has been proven that the need one feels to leave coffee behind is frequently misguided. According to research, drinking coffee has huge benefits. 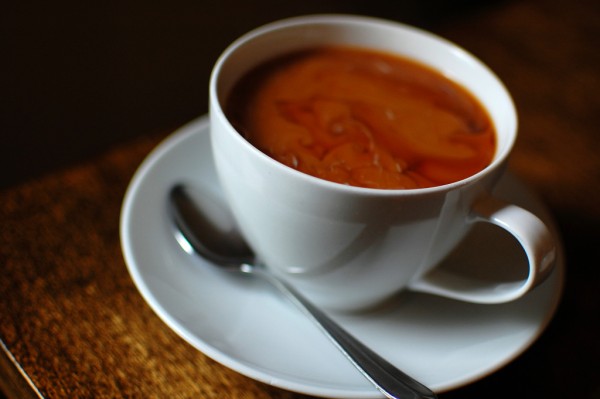 Actually, 20 studies show that people who consume coffee can live longer than those who give it up. It turned out that people who drink a lot coffee have a 14 percent lower risk of premature death caused by any cause, compared to people who have given up coffee. Decaf coffee does not affect the decreased risk, so it is futile to switch to decaf coffee.

People who like to save some money and tooth enamel probably wonder how this is possible. It seems to strange and it is hard to believe that one of your biggest addictions could be good for you. Still, there are seven reasons why your coffee can prolong your life.

The American Heart Association has recently published a study that discovered that people who drink a cup of coffee a day had a 20 percent lowered risk of having a stroke over the next decade. These findings were groundbreaking as these effects are usually found in tea.

Coffee contains a certain amount of caffeine which is good for your heart.

When ingested in healthy doses, caffeine is good for our health. It improves the metabolism and it speeds up its rate. Caffeine also triggers the central nervous system and releases the free fatty acids from the fatty tissues.

As everything else, caffeine is also bad when taken in excessive amounts. However, the real impact of caffeine in coronary heart disease is currently disputed. Nevertheless, it won’t do any harm to you if you drink a cup of coffee or two on a daily basis, as it can be even healthy and has positive impact on your heart.

In 2013, the Harvard University has published a study which showed the link between coffee consumption and the reduced risk of suicide.

In this study it was discovered that adults who drink two to four cups of coffee a day were 50 percent less likely to commit suicide compared to those who drink little to no coffee. This study also revealed that this was only true for caffeinated coffee. People who consumed decaf coffee are into the same category as people who consumed no coffee at all.

This indicates that the results of this study go back to caffeine. When taken in healthy doses, caffeine acts as a mild antidepressant and aid the brain to produce more serotonin, dopamine, and noradrenaline.

Coffee aids the people who consume it prevent type 2 diabetes.

According to a 2004 study, drinking coffee before meals can result in a higher level of glucose in the body after your meal. Consuming coffee also leads to a higher level of insulin resistance and this is also good for preventing diabetes. Think how helpful this is when it comes to offsetting the effects of smoking cigarettes which people often do with this thing, even though many people prefer vape it now.

Nevertheless, this is not applicable when it comes to treating type 2 diabetes. Sadly, coffee has negative impact on those who already struggle with this disease.

As we already mentioned, caffeine has an impact on several metabolic processes. It also affects your metabolic rate and can accelerate it by 3-11 percent. When your metabolism is speeded up, it is easier for your body to burn the excess fat. Some researches indicate that it can help people burn as much as 10 percent of the body fat for those who are obese, and 29 percent of fat for people who are already lean.

Nevertheless, if you consume a white chocolate mocha with two pumps of raspberry and extra whipped cream, you probably won’t burn fat. The sugar that contains it will offset the effects of the caffeine.

One of the most essential organs is the liver, but it can be plagued by several common diseases. These diseases can result in cirrhosis, a disease where the liver becomes ineffective because it is transformed into scar tissue.

Consumption of coffee protects the liver from cirrhosis. People who consume at least four cups a day have an 80 percent reduced risk of cirrhosis compared to those who drink less.

This is excellent news for coffee lovers. Every time you drink coffee think of the fact that you are drinking the drink of immortality. Of course, this 15 percent increase of life expectancy applies only for non-smokers. So, this means that the habit that needs to be broken is not drinking coffee.

http://makeyourlifehealthier.com/7-reasons-why-coffee-lovers-live-longer/http://makeyourlifehealthier.com/wp-content/uploads/2016/01/7-Reasons-Why-Coffee-Lovers-Live-Longer-1024x681.jpghttp://makeyourlifehealthier.com/wp-content/uploads/2016/01/7-Reasons-Why-Coffee-Lovers-Live-Longer-400x400.jpg2016-01-28T11:03:28+00:00Make Your Life HealthierHealthRecipescoffee,live longer
Coffee is one of the habits that most people swear to break, especially around January the first. There are many reasons why people want to quit coffee, such as the crash it produces, the expense that comes with drinking this beverage, and the stains it leaves behind. Coffee lovers can...
Ivan Andreevskii.andreevski87@gmail.comAdministratorMake Your Life Healthier
coffee, live longer

« Why Baking Soda Is One Of The Greatest Things You Could Use. Here Is What You Didn’t Know Baking Soda Could Do
A Complete Cooking Cheat Sheet Everyone Should Have! »